In my first post, I mentioned that I will be writing about Software Development, Music and Personal things. And by now, I already published at least one post in each of these categories.

In this very post now, I would like to give away some more details of what you might read, hear and see here in the “Music” part in the (not too far away) future.

But let me start with my musical life first.

Since the age of six, music has been an integral part of my life. I took all available music courses throughout school, I have been singing and playing keyboards, (mainly acoustic) guitar, and electric and acoustic bass just for fun, and I was part of four different cover bands and sub in two further ones.

Wait, what? You want to know more about this? Okay then… 😀

I enjoyed music classes right from the start. In primary school, I loved to sing and make noise. I also joined the music club in fourth grade where I was able to perform on such complicated instruments as glockenspiels—I still can’t believe English assimilated this German word—and xylophones. 🙂

In secondary school, I really loved learning to read (and write) sheet music, singing and/or playing acoustic guitar while the whole class was singing, and watching movies related to music (e.g., Amadeus, and Still Crazy).

Right after school, I started to study computer science. And I liked it—OK, most of it, somewhow. I love computer science in general, though, and working as a web developer. However, there were times when I was thinking about studying bass in the Netherlands. I guess I didn’t do it so far just because I’d also have to learn and play songs I neither like nor would gain from very much. But that’s how school and university is, right?

Music as a Hobby

Some (longer) time ago, when I didn’t know what to do, I usually just grabbed one of my instruments, turned on the radio and jammed along whatever it was that came out of my speakers. That changed (not completely, but yeah, it did change) when going to university, and even more now that I’m married and a father. There is just not that much time left anymore that you don’t know what to do with. 😉

Anyway, listening to and making music just for fun still is very important. My keyboard is hidden in some box, but I still have an acoustic guitar, and acoustic 4-string bass and an electric 5-string bass on the walls of my (remote) office, and a 15″ amp under the table. And sometimes I also play with/for my son on the toy ukulele. 😀

Music as a Side Job

When I was 11 years old, I founded a band with some of my neighbor kids. I played keyboard and sang. More people joined—one of which a real keyboarder, so I switched over to bass :)—and two years later we had our first gig: getting the 300 people audience rocking for the real band that was about to play right after us. Debuting in front of 300 people; not too bad, aye?

Several gigs followed, I kept playing bass, and at some time, we really earned money with making music. We played on a summer festival, something between six to eight songs, and got around 150 EUR for this, in total. Yay! 🙂

When I moved to Aachen and started studying, I left behind the band. But one year later I joined a new one. We played quite a few gigs, people came and went away again, and one of these days I searched for a second band to play in. I just didn’t get that much satisfaction out of playing in the basement week by week, to finally have three or four gigs a year.

I was able to join a band with an established name, and thus well booked. One year later, my other band slowly died—people left one after the other, and we just couldn’t find any replacements. Unfortunately, yet another year later, the well-booked band also split up. Our drummer left, and since all of the others were playing in at least one further band, they decided to not wait for a new drummer to spend half a year hard-core instruct-rehearsing. So they quit. Sad.

Here are some images from random gigs:

In total, I must’ve been on stage more than 100 times. The types of gigs ranged from birthday parties and weddings, to May parties, corporate events, and carneval and halloween gigs. The smallest audience was something around 20 people, while another gig had more than 3,500 visitors. We had guest singers and musicians, performed songs together with another band, player together with a choire, and had a Proms’ night with a full fledged orchestra.

Now that you know about me, let’s see what I have planned…

Besides any possible special format of posts that I might be publishing here, I will also write up regular posts about music in general, specific songs, albums, bands and other things. In fact, my first post in Music actually is such a regular post, about my favorite studio album.

When I start learning a new song, I usually do this in the following manner:

Well, the first three items are easy. 🙂 The idea is to get an overall idea of the song as a whole, especially its feel, and of the task of the bass player. The latter can be as simple as groove, or include a catchy (even very melodic) bass line, or percussive or atmospheric parts.

The fourth item is already rather different for every song. Every song is unique in both ingredients and mixture. Sometimes a well-chosen low pass filter already gives you all you need. For other songs you might also have to work with an equalizer. Yet another song with require even more fine-grained manipulation to extract bass-specific information as best as possible.

Once I played the song for several times and prepared a bass-improved audio file, I start writing down notes, literally. 😉 In order to see how both the original bass player and other people perform the song, I then try to find as many good (!) live videos as I can. The problem is, there are only a few songs (of a top 40 cover band repertoire) that you find useful recordings of.

That’s why I want to share some with you!

For starters: I never video recorded myself playing bass before. So I might have to learn a few things first in order to share useful and good stuff. But I definitely will (learn).

The current plan is to have the original full song play in the background, play along on my 5-string bass, plugged into a USB-capable multi-effects floor board, and record the song with my computer. After having edited both the audio and the video recordings, I will upload the result to YouTube and publish a short post including the embedded video.What hard- and software will be used? Well, most probably, this:

To give you an example of what I hopefully will be able to do, please enjoy the following brilliant bass cover of “Cosmic Girl”:

Thanks to my music teachers—and thanks to my interest in what they taught :)—I can read sheet music. On stage, I didn’t take any advantage of this. In fact, I didn’t want (to have) to. I always wanted to know each and every song that I was about to perform 100% by heart. No, it was 200%. That’s because one of my bass instructors told me this:

Make sure you know every song by heart; two hundred per cent. So when you get distracted you don’t fuck it all up, but still do great.

For rehearsing and archiving, however, sheet music and also tabs are more than helpful. I mean, I really was able to perform almost any song I ever played in the last, say, two years off the top of my head. That’s because I have good memory of things I really like, and also thanks to my musical understanding. I was not able to play each and every song exactly like I think it should have been, of course. Therefore, I started writing down sheet music for all the songs I played possibly more than just one gig.

I used, and still do, the tablature software Guitar Pro, which is just awesome. I created tabs, and exported PDF versions of the sheet music both with and without tabs. Whenever I had to perform (or rehearse) a song that I didn’t play for a longer time, I just grabbed the according PDF and memorized it while playing along the record.

If you run a search for song name bass tab, you often find lots of results. However, only very few really good and usable ones, to be honest. And since I see such benefit in having good tabs, I will share what I got with you. For every song that I will publish a video recording of, I will also provide you with the according Guitar Pro and PDF files.

Due to the fact that I have been performing more than 170 songs with one or more bands, and I also very much like to play other, maybe even newer songs in addition to these, I didn’t really know what to start recording for my website with.

Should the first song be one that almost everyone knows? A rather new song? Should it be an easy one, to not fuck this up right from the start? 😉

I just couldn’t say. That’s why I asked you in a poll on Twitter. And here’s how you decided:

I&#39;m about to start recording for the groovy part of my website.

Which song would you like me and my #bass to start with?

So, the first song that I will be performing, recording and sharing with you is “Basket Case” by Green Day.

As usual: what about you?

Do you play any instruments? Which ones? Professionally, semi-pro, or just for fun?

Do you have any tips regarding the video recordings? Software-wise? Something else?

Do you (think you will) like what I have planned here? 🙂 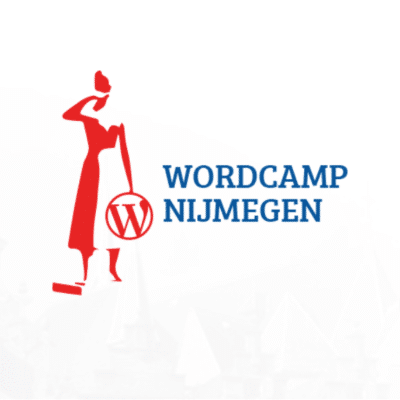