New year, new job. With the end of 2017, I left Inpsyde, and as of yesterday, January 15, 2018, I am one of the lucky devils working at Human Made. This post provides a little background to that move.

I am looking back at almost four years at Inpsyde. When I joined in March, 2014, my first project was a complete overhaul and feature upgrade of the website of the Alliance of German Designers. The project—just kicked off as I joined the four person team—combined state-of-the-art WordPress development, a WooCommerce shop, and a heavily customized BuddyPress community. After three months, I was assigned as technical lead, and, together with the now six other team members, I moved this project further for the next six months. Retrospecting, this has been the most exciting and diverse client project ever.

In the following months and years, I was part of several project teams, co-led one project with an external development team, worked on estimates, did a lot of conception and requirements engineering stuff, participated in on-site meetings with potential new clients, and I did tons of code reviews and full audits. Finally, my work climaxed in leading the development of MultilingualPress, the multisite-based free open source plugin for your multilingual WordPress websites, for almost two and a half years.

While at Inpsyde, I also (co-)created some standalone open source projects, for example, the Menu Cache WordPress plugin, a shareable ESLint config—as well as the according JavaScript style guide—and the WP REST Starter package.

Also, I attended the A Day of REST event in London, and ten WordCamps, seven of which as a speaker.

Now, I would like to thank each and every of my former colleagues. Thank you for all the good times we had, and thank you for everything I learned. I know I will miss working, discussing, ranting and hacking together with you, and I already do actually. But I also know that this was the right decision for me to make.

Goodbye, Inpsyders! You all know I’m not out of the world, and we will meet at one or the other WordCamp, if you want.

Fun fact: ignoring my parental leave, I was an Inpsyder for 42 months.

Having been working at a well-established WordPress.com VIP service partner already, the number of potential options for the next step in my career has been fairly limited. Having done quite a bit of thinking, I made a list of companies I would like to work at. That list consisted of other enterprise-level agencies—10up, Automattic, and Human Made—one company specialized in WordPress product development—WP Media—and companies doing work in fields related to WordPress—Plesk, and WP Engine.

Being a WordPress Agent

Since I like to work both on client projects and in product development, working at an agency made the most sense to me. Also, from that list, my absolute number one was—for several reasons—Human Made. So I went forward with that decision, and only sent a single application, to Human Made. And, guess what, it turned out more than well! After some initial discussions, a (paid!) trial project, and subsequent contract negotiations, my outlook for 2018 was clear: I would join Human Made as a Senior WordPress Engineer, and the first Human from Germany.

In case you do not know, Human Made is an enterprise-level WordPress development agency, with employees and clients worldwide. Clients include Fairfax, NewsUK, USAToday, Greenpeace, ustwo, The Tab, and Unison. They create WordPress-based products such as Nomadbase, WP Remote, and Happytables, and organise events like Out of Office and A Day of REST. And thus, Human Made is a perfect fit for me!

The one (and only) thing that made me halt and actually even reconsider my plans was the type of the employment: there is no employment, at least not for me. Human Made is a worldwide company with three offices: UK, US and Australia. People living in one of these countries can become regular employees. Anyone from some other country, however, can only become a contractor.

For me, living in Germany, this meant I would have to become self-employed. While this is, of course, nothing bad per se, it was something I actually did not have planned, nor did I have any knowledge about virtually all related things. What options would I have for pension or health care, and what would be the best option, respectively? What about unemployment insurance? And then everything related to taxes—oh noes! Would I need some special liability insurance? Also, I would have to invoice my services, in contrast to just being on the payroll of your employer.

On the first looks, all of the above seemed like an insurmountable and also unnecessary burden. After several counseling interviews as well as quite a few hours of reading through various stuff, I decided to go for it, though. In the end, I was more than willing to shoulder the initial extra work when this allowed me to work at Human Made, with all the incredible benefits.

I am absolutely positive I will be able to continue contributing to open source projects related to WordPress. Some of these will be existing public Human Made projects, others will be third-party stuff we might be using in future projects, and some will originate from client projects as they might be of use for someone else somewhere in the world.

On the events side of things, I already have the following WordCamps scheduled for 2018:

See you there somewhere? 🙂

I am excited to soon re-join the team I also did my trial project on: custom plugin development for News UK to be used by the editorial staff of The Sun. Quite interesting in this project is that it is, although a WordPress project, primarily a React app, living in the WordPress admin, while it is possible to use it standalone too. Considering that I have been into JavaScript for the last one and a half years, this is an awesome fit.

I can tell you, I am so much looking forward to working in lots of exciting projects, ranging from plugin development to WordPress.com VIP projects to full-service projects including hosting taken care of by Human Made.

In case you have questions or remarks about either company, or me switching jobs, just leave a comment, or hit me up on Twitter.

#RemoteWork is when you walk into the same office as yesterday, but suddenly work at a different company.

🙏 Thank you good people at @inpsyde for having me for 42 months! 👋 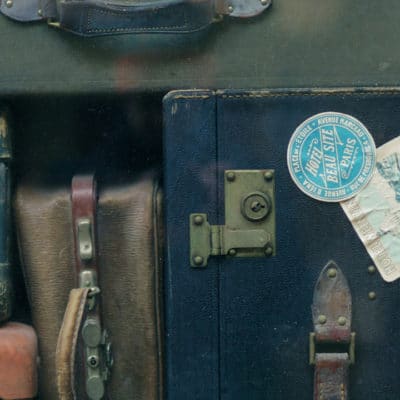 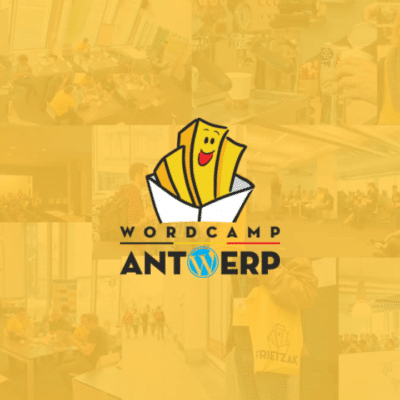 Yarn: Yet Another … Package Manager