WordCamp Berlin 2017 happened last weekend. It was a nice one, with lots of well-known, but also lots of new faces around. For me, it was the ninth WordCamp in total, and my seventh time being a speaker. All in all, we attended with nine people from Inpsyde, which was great, of course.

Since most people arrived the day before the first official day, several of them met at a craft beer brewery to socialize, and drink beer. And so did we. 🙂

To get a jump-start introduction, a colleague and I ordered a tasting board with five different craft beer sorts. While all were drinkable, I actually didn’t like any of them. Only the last beer, which we ordered after the board, was quite good. It was called Brazilian Blowout, and it was a chili flavored ale.

WordCamp Berlin was the first WordCamp that I attended that started with a Contributor Day before the conference day(s).

So far, I’m not sure if this is better than the traditional conference-first style, or not. What was really great was the fact that more than a third of the people were first time contributors!

Contributor Day at #wcber is kicking and lots of new contributors, yay!! pic.twitter.com/apktxgDmic

I joined the Core team, where we spent so much time facing various errors, issues, problems and WTFs while helping each other in setting up a VVV-based WordPress Core development environment. A more fitting name for the team would’ve been Chore team. 😀

The lunch consisted of tasty Curry (both in a tofu and a carnivore variant). Despite the name of the venue—Digital Eatery—the food was served the analog way. 😉

#wcber Contributor Day is happening at the @Microsoft Digital Eatery. …and I was so expecting food and drinks via replicator technology. 😀

While eating, I had a nice conversation with two French people working for a Berlin-based WordPress agency. That’s when I learned of FLYNT, a component-based WordPress framework, leveraging functionality off ACF.

After the lunch, we finished most of the problems, and I think almost anyone had their VVV finally up and running. We then discussed different ways of code contribution, using Git over SVN, compared GitHub with Trac (e.g., WP-CLI development is still happening via GitHub), and other related topics.

In the evening, there was an optional pay yourself warmup party.

I had nice and fun conversations, but since the actual conference day was about to start early next morning, we left for our hotel at half past midnight.

Then the actual WordCamp started.

After a few introductory words regarding the WordCamp itself, there was the BarCamp pitch. This is when people presented a topic they would like to talk about in one of the not yet defined slots in the schedule. Since there were just as many suggestions as open slots, all people/topics won the pitch.

After that, there were a few minutes to chat, drink a coffee, get some fresh air, and then the first talks started.

Controlling WordPress through the Command Line

My first talk was an introduction to the command line, and more concretely into WP-CLI, the WordPress command line interface.

While neither of the topics was new to me, I was interested in how Alain would serve this knowledge to newbies. The slides are available online.

Women in IT and the WordPress Community

Next up was my colleague, Jessica, who talked about women in IT in general, but also in the (German) WordPress community.

It was a short introductory presentation, followed by a longer discussion, about women vs. men, about sexism, about “You cannot do this, You’re a girl!”, but also about “I cannot do this, I’m a girl/woman…”.

To be honest, I mainly ended up in the talk just because I had been in the room before, and was working on my notebook still. I absolutely thought about going to the talk the days before—several times. Not only because Jessica is a colleague of mine. But the truth is I was so unsure. Reason was not the topic per se. Not at all. I was unsure if talking
about all of this with people who actively went to the talk could/will change anything. And I also do not like the fact that there has to be such a talk in the first place. It’s just sad, but that’ apparently how the (tech) world is…

Luckily there really was a high(er) interest in this, and I also several after-talk conversations and discussions.

Two important things to do for each and everyone of you:

Disclaimer: I absolutely do not want/intend to limit this to IT and WordPress, but since it was the topic, I just stick with it for here.

Automated Installation and Administration of WordPress on Different Servers with Ansible

Next one, still in the same room, was a semi-interactive part-time-demo talk about managing one or more servers with Ansible.

While both the talk and the included information was very good, I suspect it won’t be of great help to me in the near future. The reason is that we Inpsyders manage the whole WordPress part of a website by using a combination of Composer, WP Starter, Bitbucket, Private Packagist, and Envoyer. And since you usually do not upgrade your database or webserver every other week, we’re doing pretty fine with our tool chain.

After three talks in a row, I went to the network—the building where the registration was located, and the coffee, and all of the (non-smoking) people trapped in conversations. 🙂

Well, and then there was lunch: tacos. While they were tasty, they were even more dangerous with regard to (clean) clothes. 🙂

I suggested branded rain ponchos to some sponsors for upcoming WordCamps, and they liked the idea. So let’s see if there will be less shirts (and even pants) with unusual spots in the future. 😀

After lunch I went over to the conference building, and screwed up. I literally stood in between the rooms and could not decide where to go. I mean, it’s not uncommon at WordCamps that there is more than one interesting talk at a time, but for the first time I really didn’t manage to get into a room in time. So I went back and drank a coffee, and enjoyed conversations. And I learned of Ropuu, a personalized Wapuu of my colleague Robert.

OK, and I also fine-tuned some of my slides—and published a new release of WP REST Starter from within the Green Room. 😉

REST in Pieces: Working with the WordPress REST API in an Object-oriented Fashion

Finally it was time to give a talk myself.

So you want to learn how to combine the #WordPress REST API and #OOP? Well, come to my talk at 16:45 then. #wcber https://t.co/P7MiDZtETO

My slides are available online.

Due to fairly intense earache that started late in the afternoon, I left right after the closing remarks. No after party for me. 🙁

All in all, WordCamp Berlin was great, and I am sooo looking forward to WordCamp Europe in Paris, which will be my first WCEU ever!

Also, I can’t wait for the first WordCamp Retreat to happen in Soltau. This will be a new concept of a WordCamp where all attendees will be located in the same hotel. The main idea behind this is to boost the community adrenaline, and give people more opportunities to run into each other. The usual hallway talks at WordCamps are great, but you never manage to talk with all the people you want. Let’s see how this will be in Soltau then. 🙂 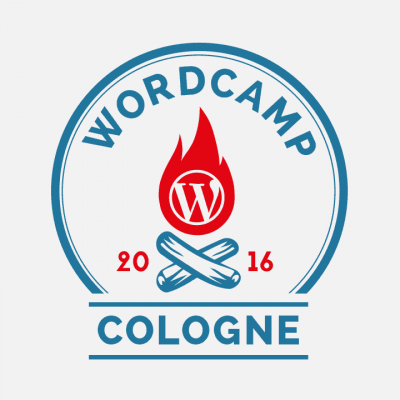 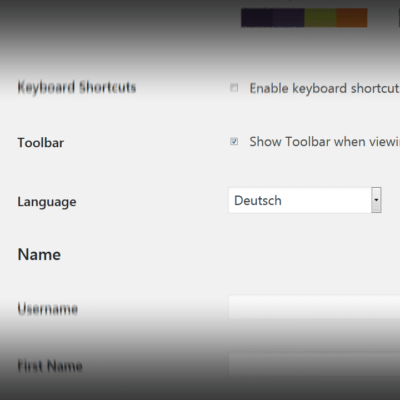